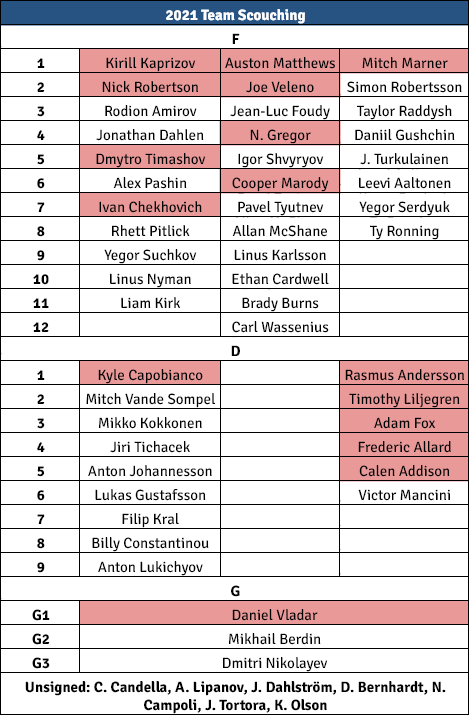 Welcome to Scouching. My name is Will and I have an addiction to the greatest sport on Earth and an even greater addiction to its future. For years I was the kid memorizing every statistic for every player I could find in my collection of NHL yearbooks. My unhealthy obsession have since led to my love of the deeper metrics that have surfaced over the course of the last ten years or so, and just like everyone else and their extended families, I decided to start Scouching in 2016.

The goal of Scouching has always been to integrate a genuine love of the sport, thousands of games worth of raw data and video-based talent evaluation to provide a unique voice in the growing room of hockey minds, all while trying to have a little fun along the way.

I have always tracked and observed the evolution of this wonderful game through the NHL draft and it only felt natural to try to bridge the gap between the proverbial "eye-test" and the proverbial "analytics" to create something unique for all of you. No matter how many screaming matches we may get into together, Scouching will always be a place of attempted objectivity, transparency and if nothing else, fun.

What's this list of players? I call it Team Scouching. I grew up in Toronto, so I select NHL Draft Prospects that I would've picked in the Toronto Maple Leafs actual draft slots and track their progress relative to the rest of the league. It's my way of putting my money where my mouth is. Players in red have played NHL games. Only the New Jersey Devils have drafted more players who have played NHL games since the 2015 draft.

"Hey Will, pleased to meet you! What are all these metrics you're talking about?"